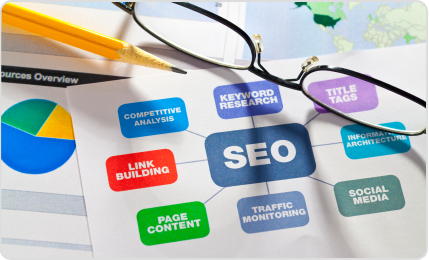 When i started this game back in the early 90′s there was no such thing as a cheap website.. website design was an art.. and a lot of work..

Then came MS FrontPage.. Dreamweaver.. and other cheap website programs that will code, align, and upload entire websites to hosting solutions without any real need to know any programming languages.

You know what i did after the launch of FrontPage 98?. I Quit!

I had thought that there’s really no point offering services for a few thousand dollars,. when the job can be done by a complete amateur in the comfort of his or her living room for the cost of a silly program and the time it takes to drag and drop a few tables and images.

It was only 2006 when i started to see the decline of cookie-cutter Cheap Website with terrible designs and security holes big enough for an adolescent to “hack” his way into some sensitive data.

Funny that these platforms do much the same [create websites out of thin air in a few minutes] and give the opportunity for more “hacks” to try their hand at designing some custom sites.

But there’s a bit of a difference.

Although FrontPage did have some cheap website tools that would allow the interfacing with a few different databases, adding tables and what not.. WordPress runs on a dynamic content driven .php to SQL relation platform so basically the hacks can make a site.. but they need a programmer with .php and css expertise to code these static sites into recurring templates with dynamic, data driven content. Then on top of that,. they need to know how to import, manipulate and edit these sites at the whims of the client.

So for the last few years we have done pretty well.

Lots of sites,. lots of work,. lots of fun. but recently we began to see another shift.. this time,. the global economy.

And with the sudden influx of developers to the many freelance sites all over the world labor is cheap website design and development companies are popping up all over the world. – i actually lost a client a few weeks ago to a 18 year old kid in India that offered to do his whole site for $35! – Really! how are the rest of the developers in developed world economies supposed to compete with that?!

When billy gates came out with frontpage i thought it was a bad sign.. now i think it was more of an bad omen.

Well.. i did the only thing i could think of.